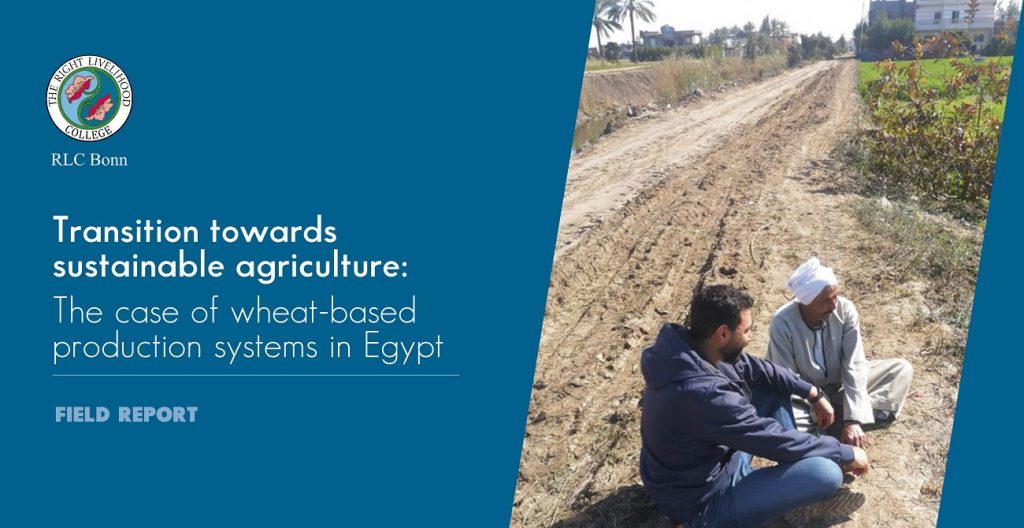 Achieving food security is one of the major concerns in Egypt. Wheat is considered the most important crop in Egypt, as a strategic and political commodity, as most Egyptians depend on wheat for their daily intake in form of subsidized bread and millions of smallholders produce wheat for their livelihoods. Despite an increase of productivity in the last years, there is still a large gap between national production and consumption, mainly due to the rapid growth of the Egyptian population. Egypt still is the largest importer of wheat in the world. Simultaneously, wheat production in Egypt is increasingly challenged by environmental aspects such as water shortages, climate change, and soil deterioration.

It is in this context, RLC Bonn Junior Researcher Ahmed Abdalla works together with Heliopolis University and SEKEM  which received the Right Livelihood Award in 2003, in a 3-years project on “Transition towards sustainable agriculture: The case of wheat-based production systems in Egypt”. The project aims to contribute to more sustainable agriculture in Egypt by identifying the most important internal and external drivers affecting wheat production and by recognizing the most pressing problems of smallholders in the River Nile delta.