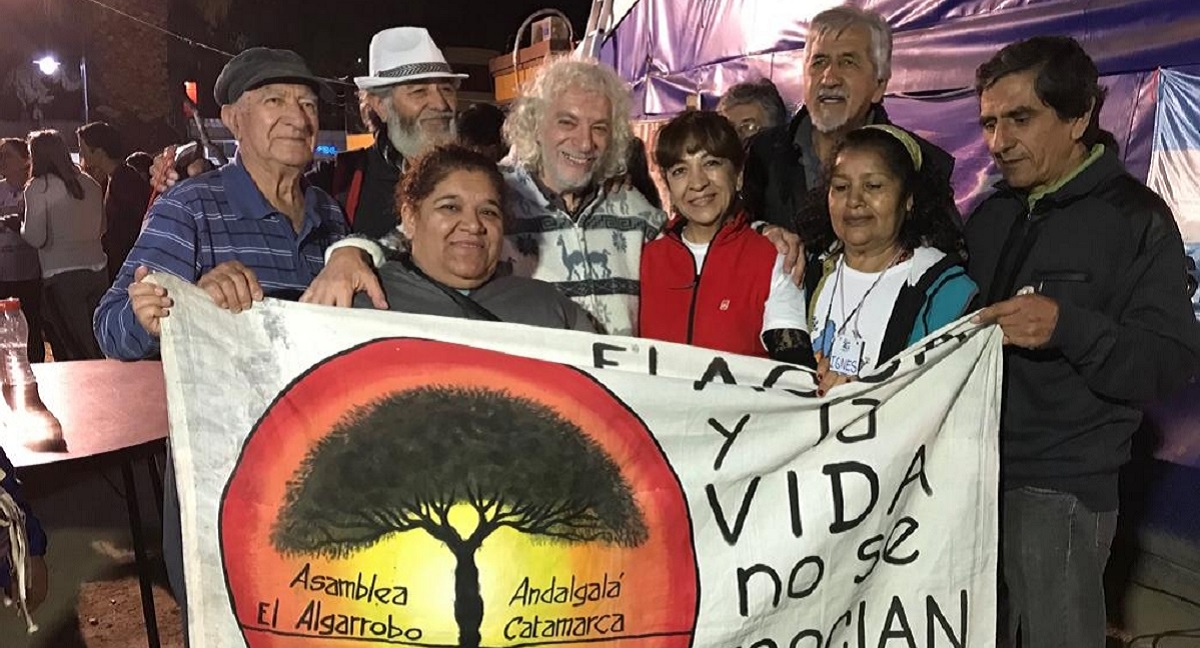 The RLC Campus Córdoba supported and collaborated in the organization of the “Second Latin American Summit Water for the Peoples” that took place from April 18 to 20, 2019 in the city of Jáchal, in the province of San Juan (Argentina). There were assemblies, grassroots groups and members of universities from all over Latin America that fight against mega-mining, industrial agriculture, the corporations that deforest and others responsible for environmental destruction. FUNAM made numerous proposals then approved.

Hundreds of people participated in this Latin American Summit. It was an important achievement for the Jáchal Assembly, main organizer, and for the RLC Campus Córdoba. In this innovative way both universities and grassroots organizations are working together. Universities can not continue to execute their own academic rituals divorced from society and its dramas, that they usually use as mere objects of study. Communities in struggle on their part must create new links and agreements with universities to have better technical bases and more efficient contacts with remaining members of the society.

The Right Livelihood College is thus at the forefront of academic work with suffering communities, an initiative where everyone teaches and everyone learns.